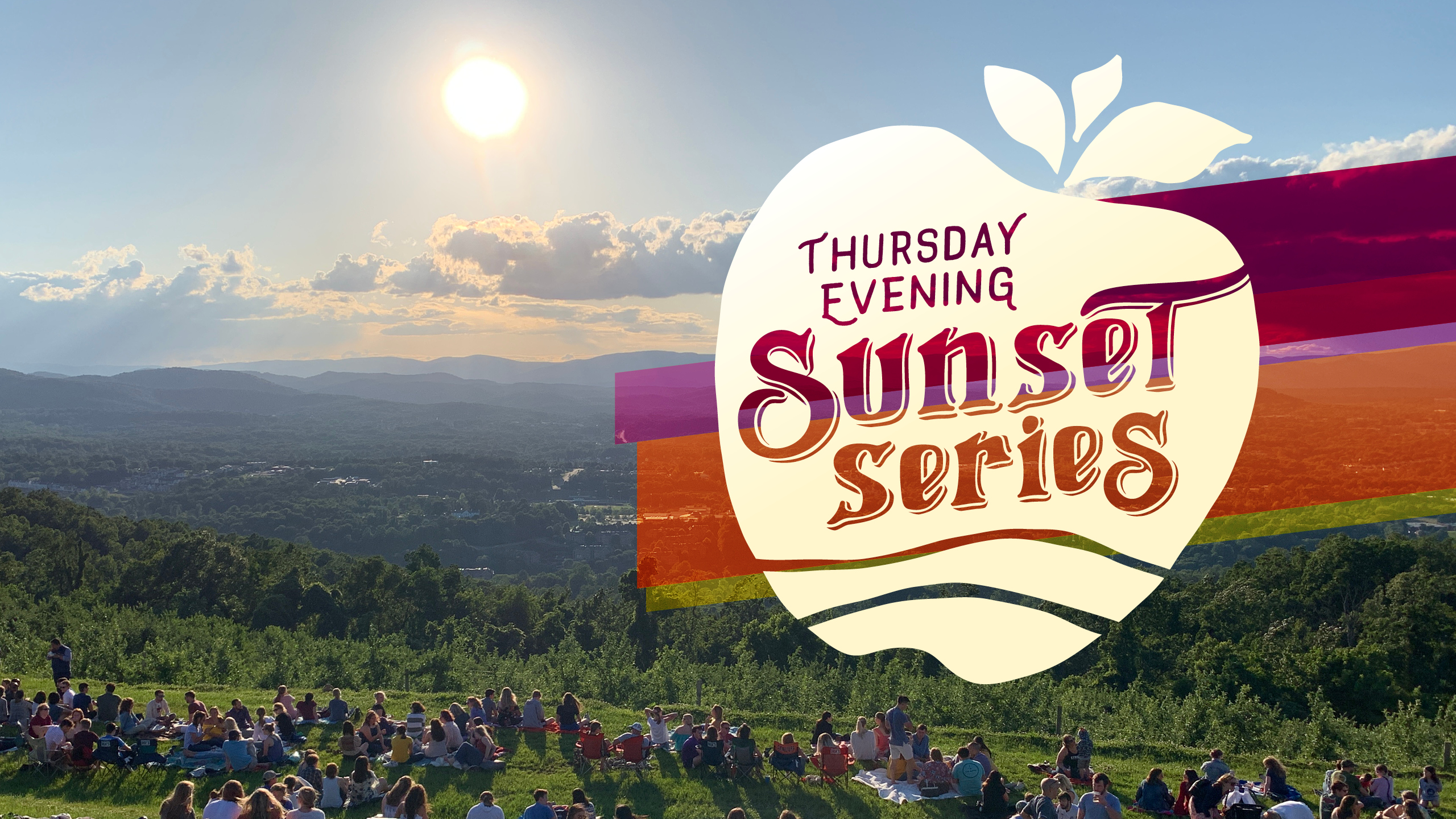 It’s the high note of your week!

Join us for dinner, live music, hayrides, and the best view of a sunset in Charlottesville! Bring lawn chairs and blankets, or come early for a picnic table on the stone patio or deck.

Our Mountain Grill is open Thursday evenings with delicious dinner selections. Our menu varies from week to week and offers choices such as pulled pork BBQ, salads, wraps, fruit and cheese plates, and hot dogs. For dessert, don’t forget apple cider donuts and apple pie! Visit the Apple Barn for cider slushies, ice cream, and other snacks and treats.

Outside alcohol is not permitted by ABC Law, but you can visit the Prince Michel Wine Shop and Bold Rock Hard Cider Cellar for adult beverages.

Big thanks to Holly's Diner for the hospitality last night! We’ll definitely be back, soon. Here’s a cut from little jam with Josh.

5/21 – Jon Spear Band
The Jon Spear Band builds their original music on a strong foundation of blues roots. Their musical offerings are adventurous and creative, while never straying too far from their signature sound. jonspearband.com

Based out of Richmond, The Jackwagons capture the ears of music lovers both young and old. They offer a blend of well-crafted originals along with their twist on fan-favorites. facebook.com/TheJackWagons

6/25 – Mercy Trail
Mercy Trail excels in delivering classic songs from the past to capture the spirit of music heroes of yesteryear. Their style covers Bluegrass, Country, Southern Rock, and Folk. Channeling great artists like Eagles, The Beatles, America, Doobie Brothers, and James Taylor, their set is sure to please. facebook.com/mercytrailmusic

Jim Buffett music encourages relaxation."Come Monday" is one of his great Ballads that we love to do.Check our schedule for upcoming events, and be sure to reach out to us to schedule and event for yourself.

The “APP” plays Americana style, classic rock, and country and has fun doing it! facebook.com/approject2

Melinda Hazard James Mike Pollock and Mark Anderson performing "Hallelujah" at Old Trade brewery… Melinda is amazing and fantastical, and we had a superb crowd!

7/9 – Jon Spear Band
Original tunes that are “straight blues, blues with a Latin flair, rockabilly, slow-burnin’ R&B, or somewhere in between.” jonspearband.com

7/1 –  The Unsuitables
The Unsuitables are a rockin and rollin’ event band based out of Orange, Virginia. This fun, high-energy group plays music that will have you up on your feet dancing and singing along. Guaranteed to provide toe-tapping music stylings of your favorite Motown, Funk and Blues! facebook.com/dancemusic4u

working on some promo stuff

8/6 – The Unsuitables
High-energy cover band with an emphasis on Motown, Funk, and Blues. facebook.com/dancemusic4u

8/27 – 180 Band
180 Band has been performing in central Virginia and the surrounding states for over 18 years. Rocking both female and male lead singers allows 180 to play a wider range of material. With influences including Elvis Presley, The Temptations, Van Morrison, Eagles, Pat Benatar, and Aretha Franklin, they are sure to have something everyone can enjoy. party-with.180music.net

9/24 – Superunknown
A ’90s cover band known for spot-on renditions of the great bands of the alt-rock era. facebook.com/superunknownband

Sure, it's a little late getting posted, but thought people would enjoy it anyway. This is the only video from the very first Superunknown outing playing "Man in the Box" by Alice in Chains, dressed as Alice in Chains for The Southern's Halloween Mockstars Ball 2010!!

Posted by Alive in the Superunknown on Monday, March 28, 2011 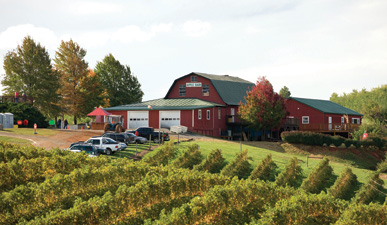