The Virginia Film Festival takes to the outdoors again to present a series of free screenings at Carter Mountain Orchard, sponsored by Bold Rock Hard Cider. Join us on the mountain for “Moonlight Movies” throughout the summer: June 3 for The Lego Movie, July 8 for The Peanuts Movie and August 12 for Hook! All Moonlight Movies screenings are free and open to the public, and begin at sundown (approximately 8:30 PM). Come early to enjoy food, Bold Rock Hard Cider, and live DJs by WTJU. Lawn chairs and blankets are welcome for these family friendly events.

For Moonlight Movies updates, join the events on Facebook: 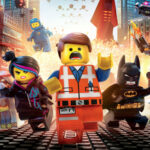 The Lego Movie had record-breaking box office success and quickly became a family-movie favorite when it hit theaters in 2014. Set in the Lego universe, this computer animated adventure stars the voices of Chris Pratt, Will Ferrell, Elizabeth Banks, Morgan Freeman, and many more. Emmet, an “everyman,” must help stop the evil tyrant Lord Business, with the help of his friends, in this film for all ages.RSVP on Facebook! 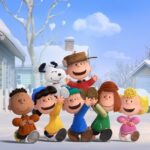 Charlie Brown, Snoopy, and the rest of gang are back in this computer-animated film. Based on the comic strip by Charles M. Schulz, the film is written by his son and grandson. This time Charlie Brown is on an adventure to improve his chances with the Little Red-Haired Girl, while Snoopy and Woodstock write a novel about the World War I Flying Ace. RSVP on Facebook! 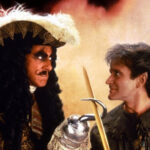 Celebrating its 25th anniversary, Hook brings to life the beloved story of Peter Pan with a twist. In a sequel to J.M. Barrie’s novel Peter and Wendy, an adult Peter (Robin Williams) has forgotten all about his childhood. But when his old enemy Hook kidnaps his children, Peter must leave his life as a corporate lawyer behind to go on a journey back to Neverland to save them. RSVP on Facebook!